Blockchain Technology – and its Uses in Different Industry 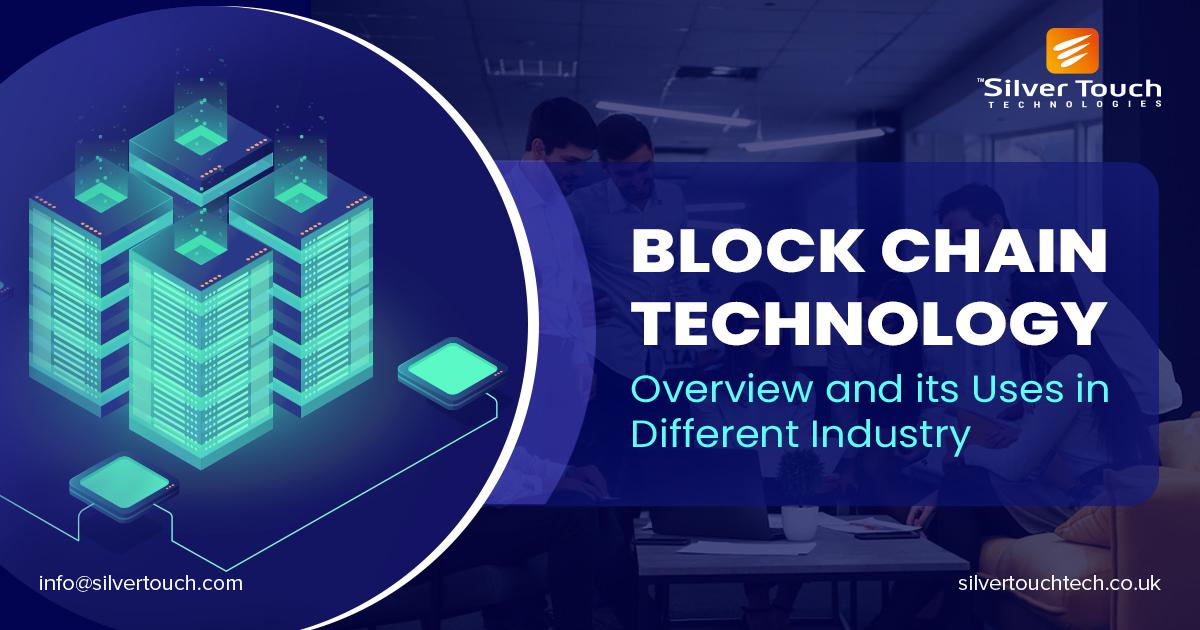 When Bitcoin was created, the term Blockchain did not exist. As the system works in blocks, the market started to call it that way. With the popularization of the currency, the name Blockchain became official and thus Blockchain Technology and Blockchain Development consult came into existence.

Before explaining what Blockchain is, it is necessary to talk about the peer-to-peer or P2P system. Simply put, P2P is a type of distributed network architecture where a central server is not required. All computers are interconnected, functioning as shared data receivers and servers at the same time. An example of a P2P system is torrents, a system used to share files on the internet.

Bitcoin’s Blockchain technology uses the P2P system to make online financial transactions without having to go through the central server of an institution or bank. For these operations to happen, two things are essential.

The first is to create a computer network for sharing information. In the case of Bitcoin, for example, to expand the network, all computers connected to the Blockchain earn Bitcoins as a reward for the transactions they help carry out.

The second is to make the network safe and reliable, preventing fraud. This is where Blockchain excels. As its name says, the system creates a chain of blocks that record all the information of all transactions ever made with Bitcoins in the world. This information is recorded forever, in a kind of ledger, and no transaction can be undone.

All operations carried out in a blockchain system are auditable, that is, it is possible to track and identify them, but the data of the users involved in the transactions are protected by encryption, encoded messages, and only revealed when they find the correct destination.

Other uses of Blockchain

When Blockchain emerged, the intention was to share information, and this is only possible with the use of the P2P system. As the technology proved to be safe and with great potential for development, the application for purposes other than Bitcoin has already been studied.

Currently, banks and technology companies such as Microsoft and IBM already have their own initiatives to develop their own Blockchain solutions. For now, all these fronts are still in the testing phase. As these are private and corporate initiatives, they cannot be opened or shared, P2P is not used, which is beyond the original intent.

However, other fronts have also used Blockchain for a common good. This is the case of Agora, a foundation that studies the application of technology in electoral processes, for governments and institutions. The objective is to avoid fraud and make the process more agile.

The history of Blockchain

In 2008, right after the global economic crisis, Satoshi Nakamoto published a study in which he explained how to apply the peer-to-peer system to eliminate intermediaries in financial transactions. Then Bitcoin and Blockchain technology was born.

It is not known for sure who the person or group behind the pseudonym Satoshi Nakamoto is, but Bitcoin has quickly become a very valuable asset. In ten years, more than three thousand new cryptocurrencies have emerged and Blockchain technology has become an object of study around the world.

Why a Blockchain Technology?

We have briefly listed the 4 most important benefits of Blockchain technology, many of which are listed below:

Data Integrity – Due to hashing in the blockchain, it becomes nearly impossible to alter data. Once verified by consensus, the data is immutable and any attempt to modify it can be traced.

Reliability – Since the blockchain has no central point of failure, it is almost impossible for it to fail, as the entire system is distributed across countless nodes (computers, servers, etc.). It is therefore easy to resist external attacks and disaster recovery is also easy because each system has a copy of the data.

Speed ​​and Storage – Blockchain stores data in near real-time.

Analysis and Transparency – The immutable and comprehensible system of the Blockchain makes it possible to make transactions and their effects on the various contractual partners visible. This contributes to transparency and accurate analysis, as this information cannot be changed.

On average, a person sells a property up to 12 times in their lifetime. However, these large and complex transactions can involve many risks and require very expensive contracts to minimize these risks. Thanks to Blockchain technology, it would be possible to stop fraudsters and also to simplify sales transactions. Encryption and verification would make all contracts, smart contracts, more transparent and would only be executed if the goods and the purchase price were available.

Blockchain could be very useful, especially for musicians, writers, and other artists. Due to pirated copies and rapid distribution on the Internet, it is becoming increasingly difficult to make money there. With the help of Blockchain technology, the content created could be distributed and paid for as soon as you use it. The advertising industry could also offer quite simple advertisements and rentals through the blockchain.

The supply chain can play a major role in the future, especially for the supply chain. Simple contracts and continuous monitoring of goods are thus considerably simplified.

There are already companies using and developing this technology to simplify the supply chain and save significant administrative costs for international transport.

Since the data in a blockchain cannot be changed, it can also be used for tracking individual products. For example, products or drugs can be coded. Thanks to this, the product can be called in its entirety and one can discover for example falsifications of dangerous drugs before taking these potentially dangerous drugs.

Through the possibility of sharing information and making the good available to someone for a certain period of time, Blockchain would also greatly change our mobility. It would be possible to use a car, pay for it directly and solve problems such as electromobility using smart contracts through the Blockchain. So the costs, ownership, and use of everything could be spread across the blockchain.

With enough information in the string, it would be relatively easy to calculate and pay your taxes in the future. The system would be very simple, understandable and if, for example, information on salaries, expenses, etc. could be registered automatically and thus the taxes could be paid automatically. This avoids human errors and massively reduces administrative costs.

Since the technology encrypts the data and duplicates and incorrect entries are no problem, data records can also be easily managed and protected against fraud. Cybersecurity

Various problems appear on the Internet due to fraud or hacking.

Data security is also an important issue in the field of IoT. Since a lot of data often contains personal information, blockchain technology is a secure way to transmit this data. Several projects are also trying to bring the Industrial Internet of Things (IoT) into the blockchain.

Other areas of application with IoT and Blockchain:

Health – Smart sensors could record people’s biological data and transmit and store is protected by the blockchain.

Blockchain technology and its smart contracts have often been in the headlines – both positive and negative news. The cryptocurrencies Bitcoin and Ethereum, in particular, are making headlines with major price increases and lots of speculation in the forex market.

The application examples of Blockchain technology are very vast and we have compiled the most important possible applications from banking, business, public sector, and other industrial sectors to give you an overview of what is possible with this technology.